Moving To Vancouver, B.C. | Your Best Guide & Resource Ever!

Are You Considering A Move To Metro Vancouver? 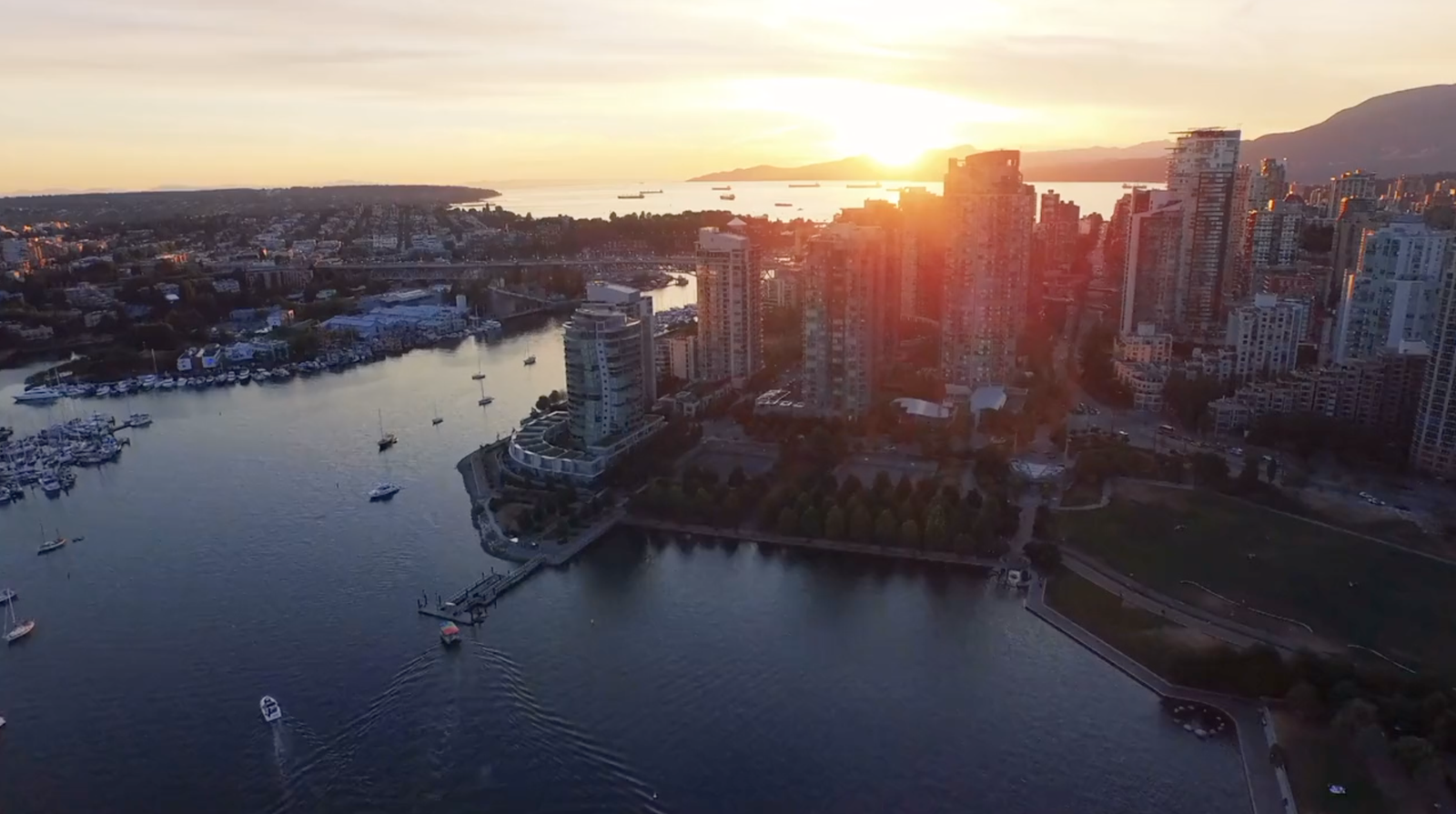 Regardless of your reason for moving to this beautiful province and the Metro Vancouver area, being prepared is essential. Moving to any new city or province can be an incredibly stressful undertaking, especially if you have no idea what to do or expect when you get there. This page is meant to alleviate some of that stress for you and provide you with a detailed checklist of everything you need to know about Vancouver before moving. In this comprehensive guide, I cover everything from accommodation, transportation, and how to apply for basic amenities.

1. What Are The First Steps To Take Upon Arrival In Vancouver, BC?
As soon as you arrive in British Columbia, you need to handle all your administrative tasks.
These include: Applying for the Medical Services Plan (MSP) from the Government of British Columbia. The online application takes 15 minutes to complete.
Apply for a driver’s license from the Insurance Corporation of British Columbia.
Change all your officially listed addresses. I recommend using an online platform called MovingWaldo. MovingWaldo is Canada’s favourite app for address changes. It is completely free and it allows users to notify over 700 public and private organizations about their new address simultaneously. Before moving forward with this, create a checklist of the addresses that need to be changed.
Once you have handled all your administrative tasks, you should also get yourself a local phone number if you come from outside of Canada. More details on that are provided below.

2. Where Should I Live In Vancouver BC?

Check out the video above for the best video on where to live in Vancouver. Metro Vancouver has many home options to fit your lifestyle.
The first thing to do is find a great REALTOR who can listen to and understand your needs and goals.
I have helped many people move and relocate to Vancouver from all over the world. If you are thinking of moving here, check out my other video, Moving To Vancouver? 6 Tips To Make It Easy: 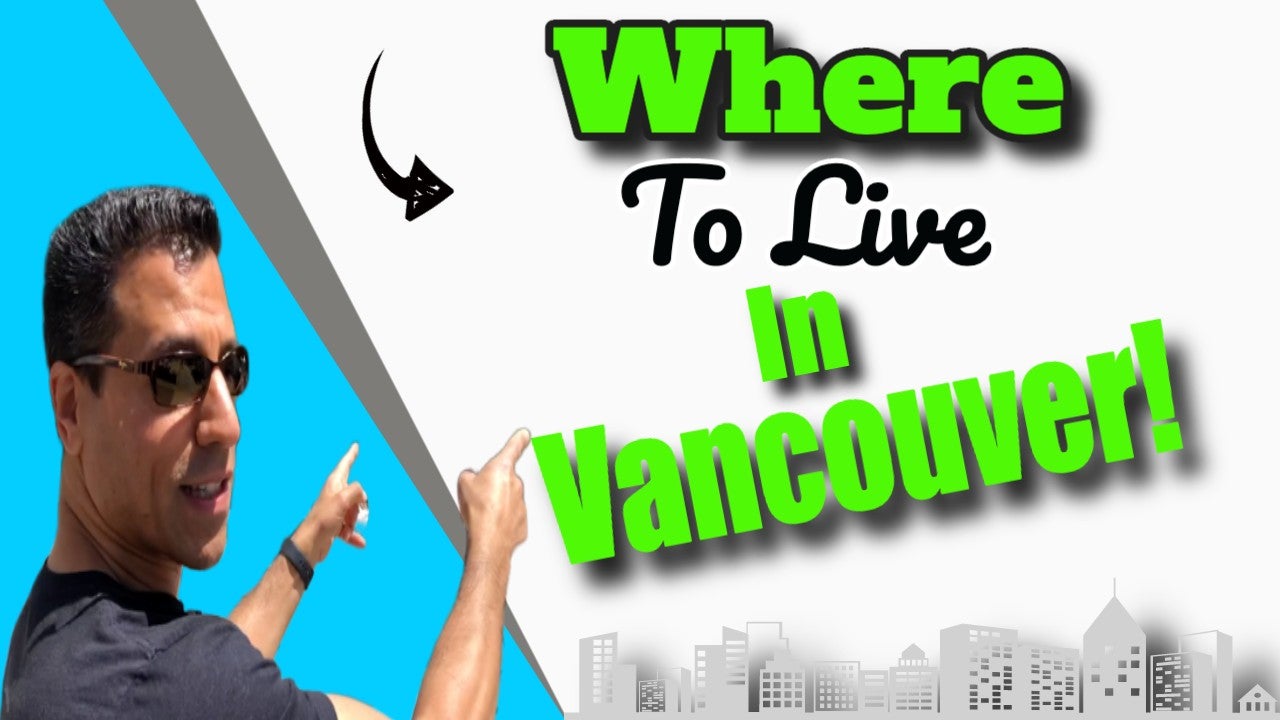 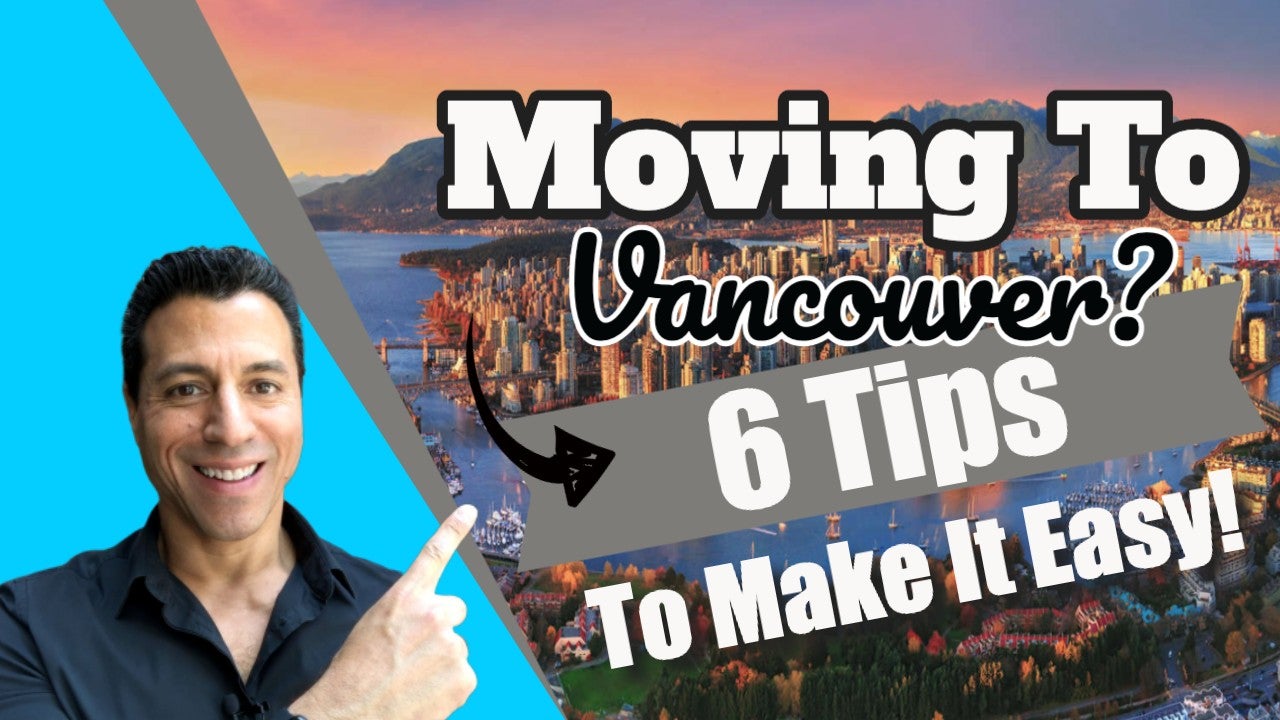 2. What Are The Neighbourhoods Like In Vancouver BC?
For detailed and insightful information about the various neighbourhoods around Vancouver and Metro Vancouver, check out these videos. 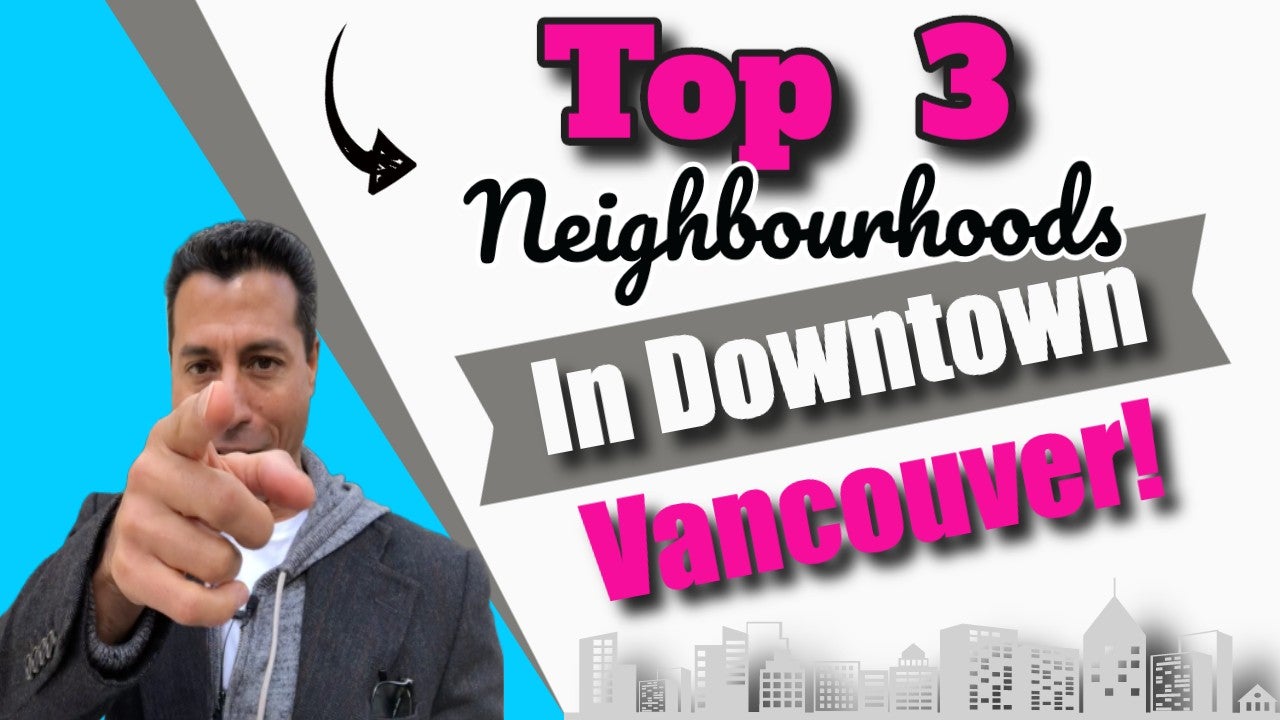 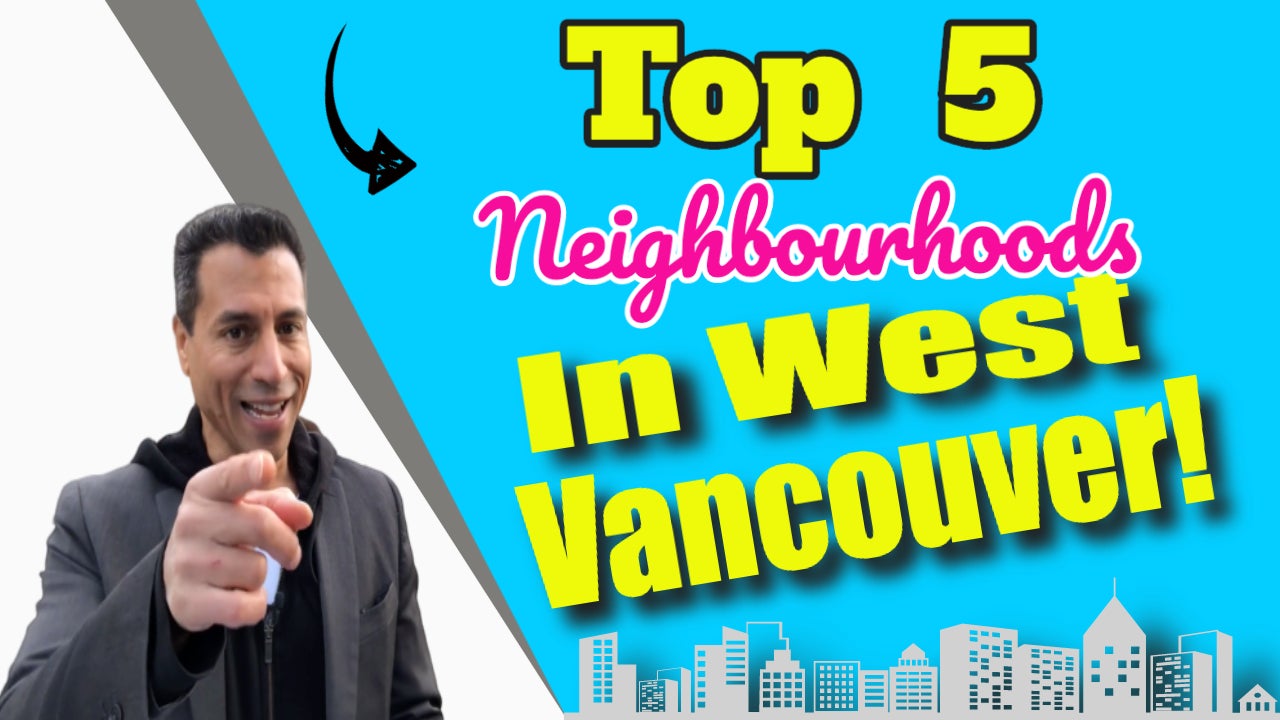 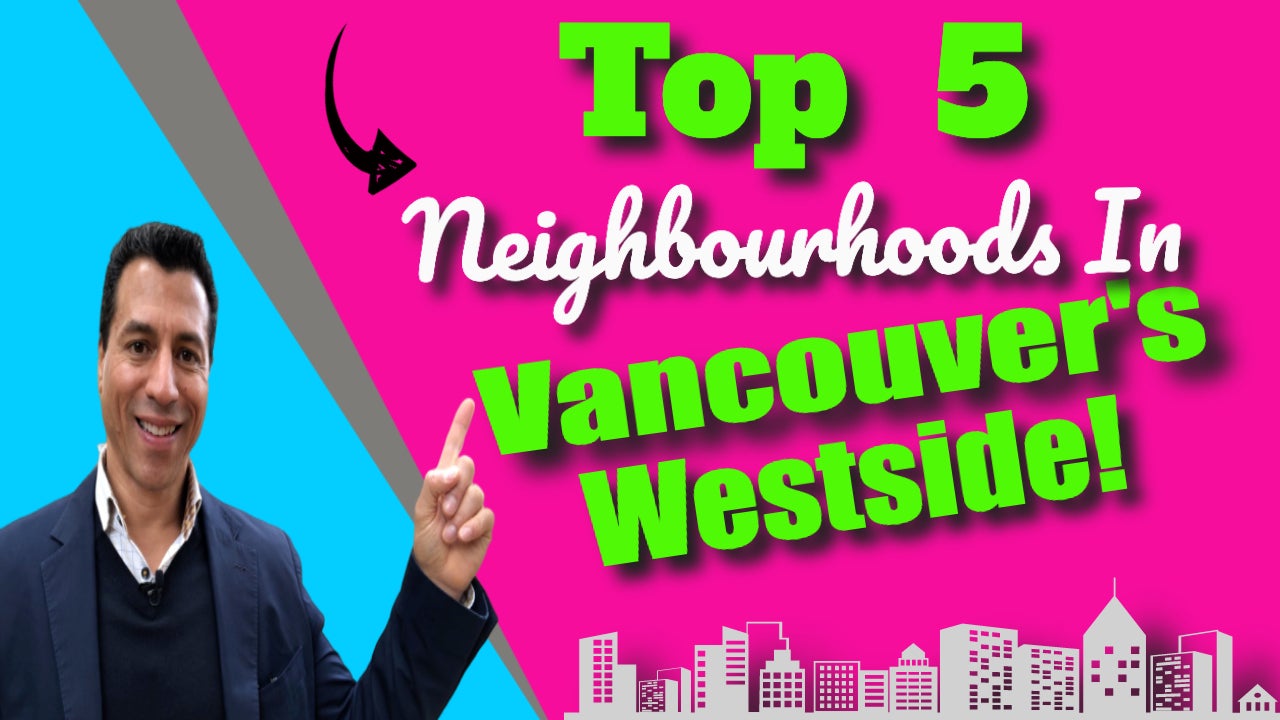 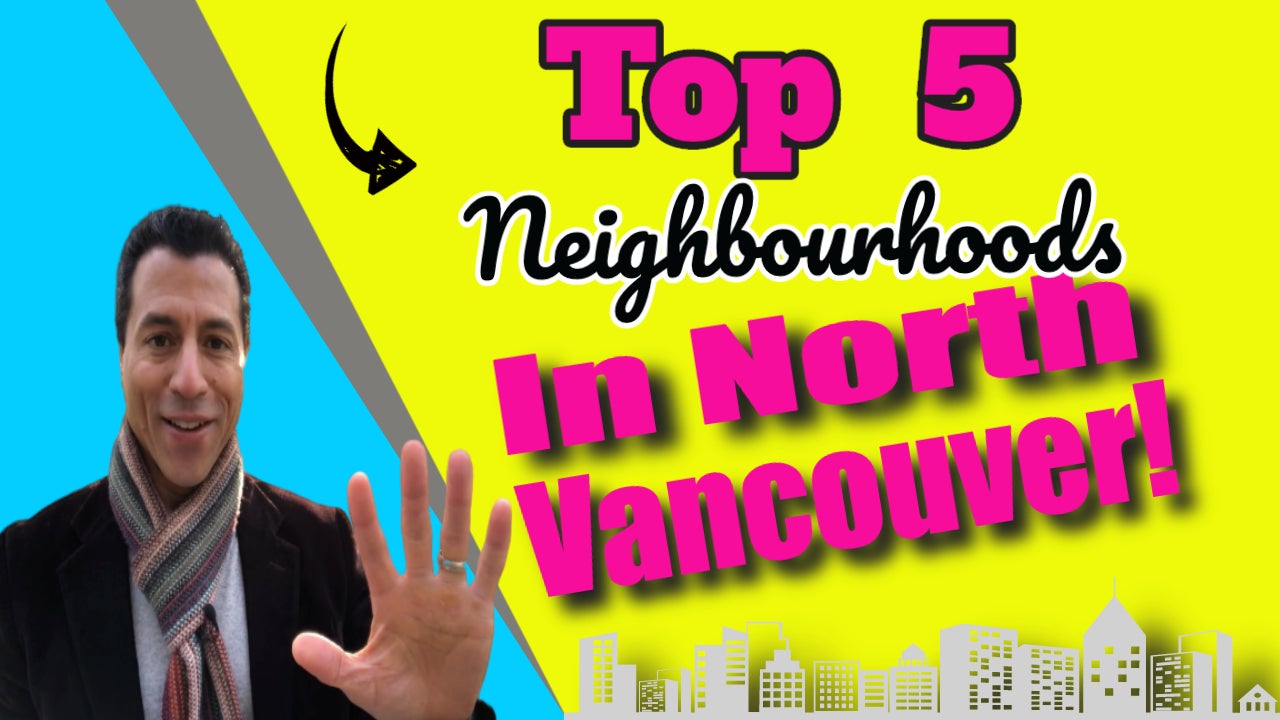 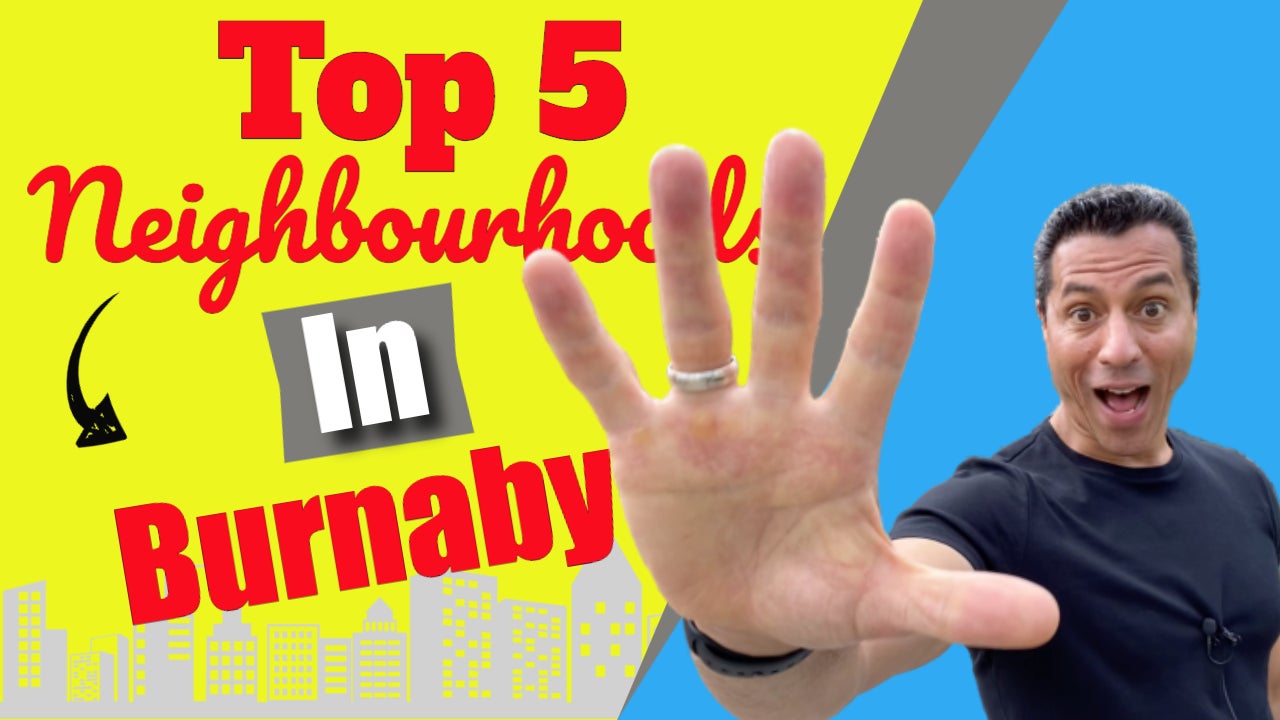 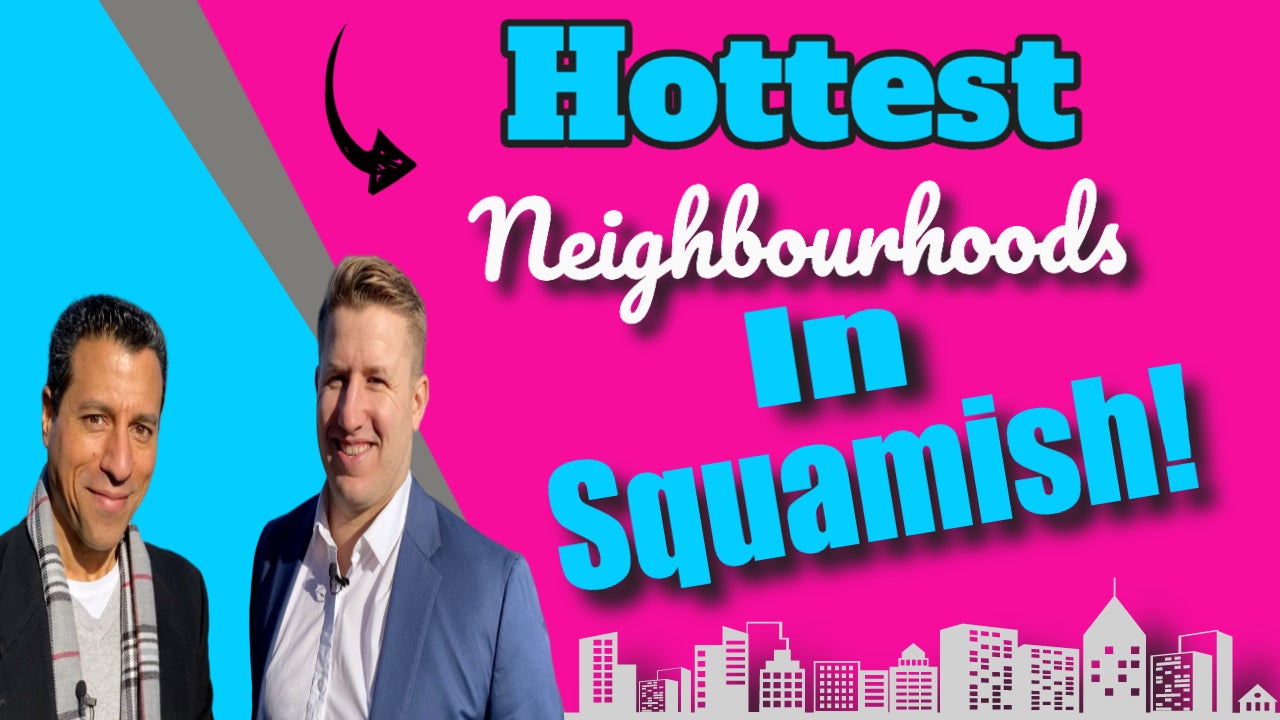 3. What Kind Of Taxes Do I Pay In Vancouver, BC?

Everything you need to know about taxes in Vancouver and BC can be found here:

4. What Is The Cost Of Living In Vancouver, BC? 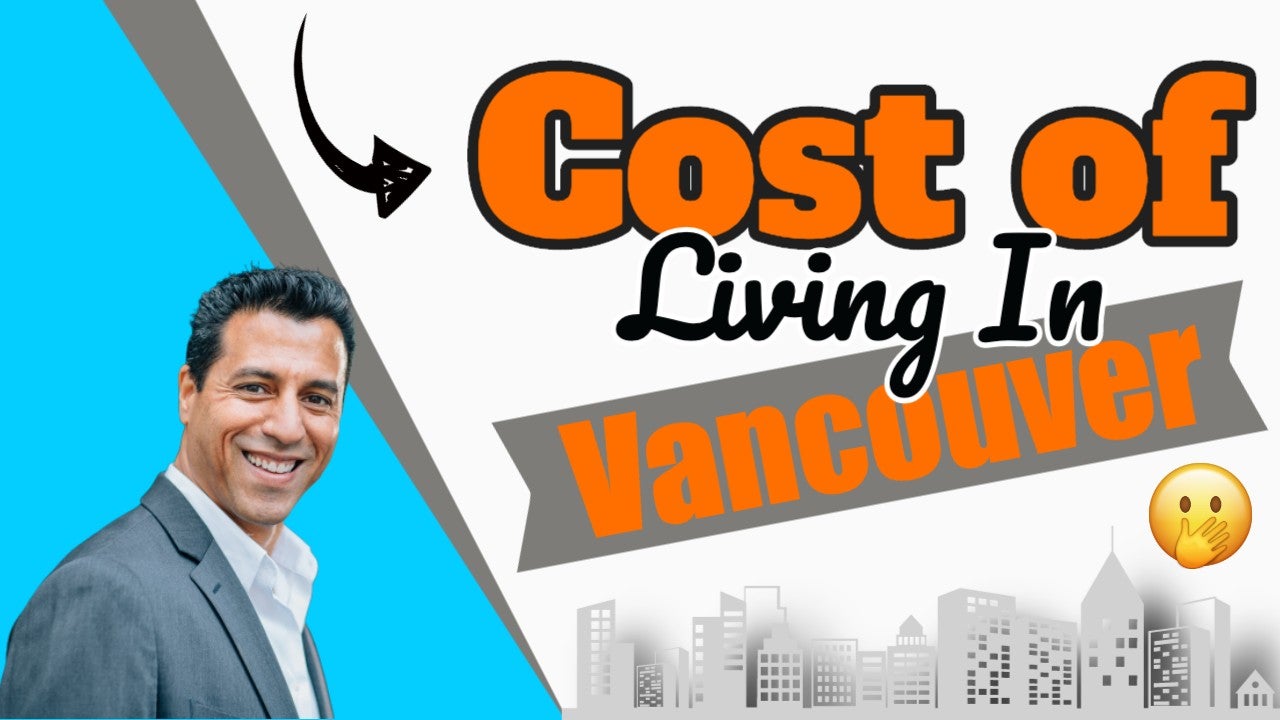 5. How Do I Purchase A Home In Vancouver BC?

These are the 2 best videos about how to purchase a home in Metro Vancouver.
If you want to search for a home you can utilize my website which is tied to the REALTOR MLS. The REALTOR MLS is 24 to 48 hours ahead of the public MLS Site so, you'll be able to see the most up-to-date listings using my website. Start your search now! 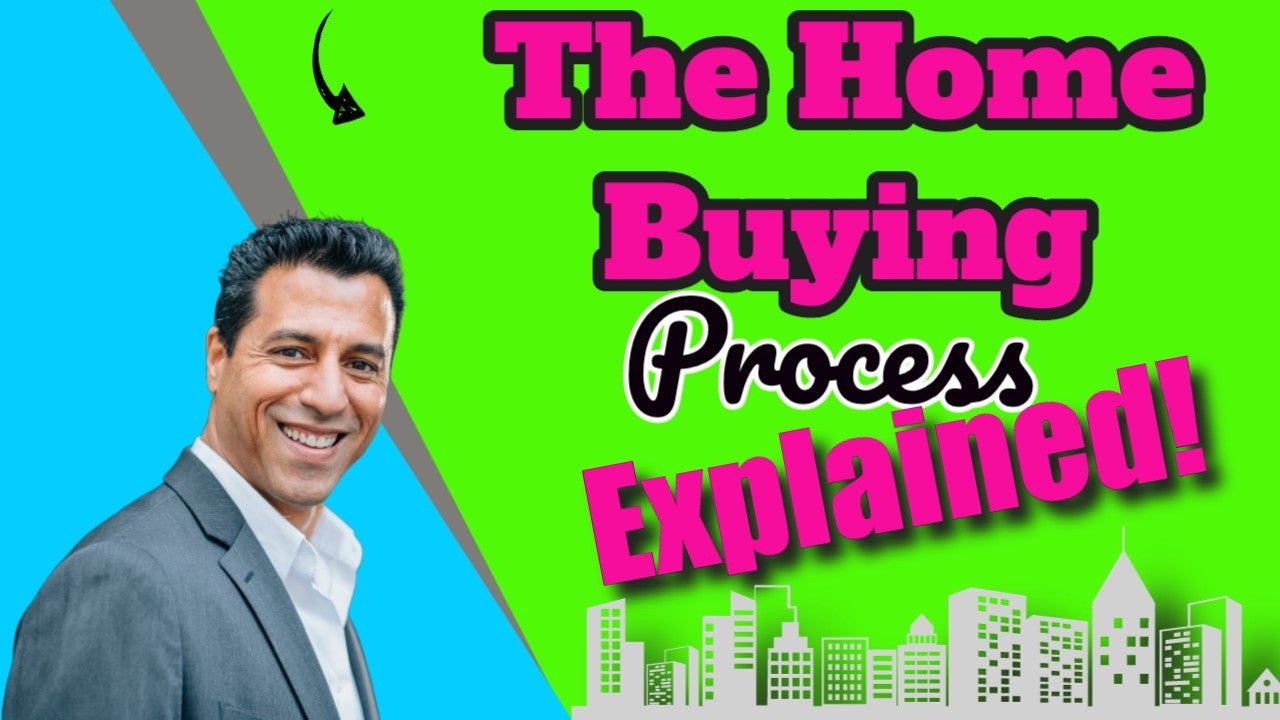 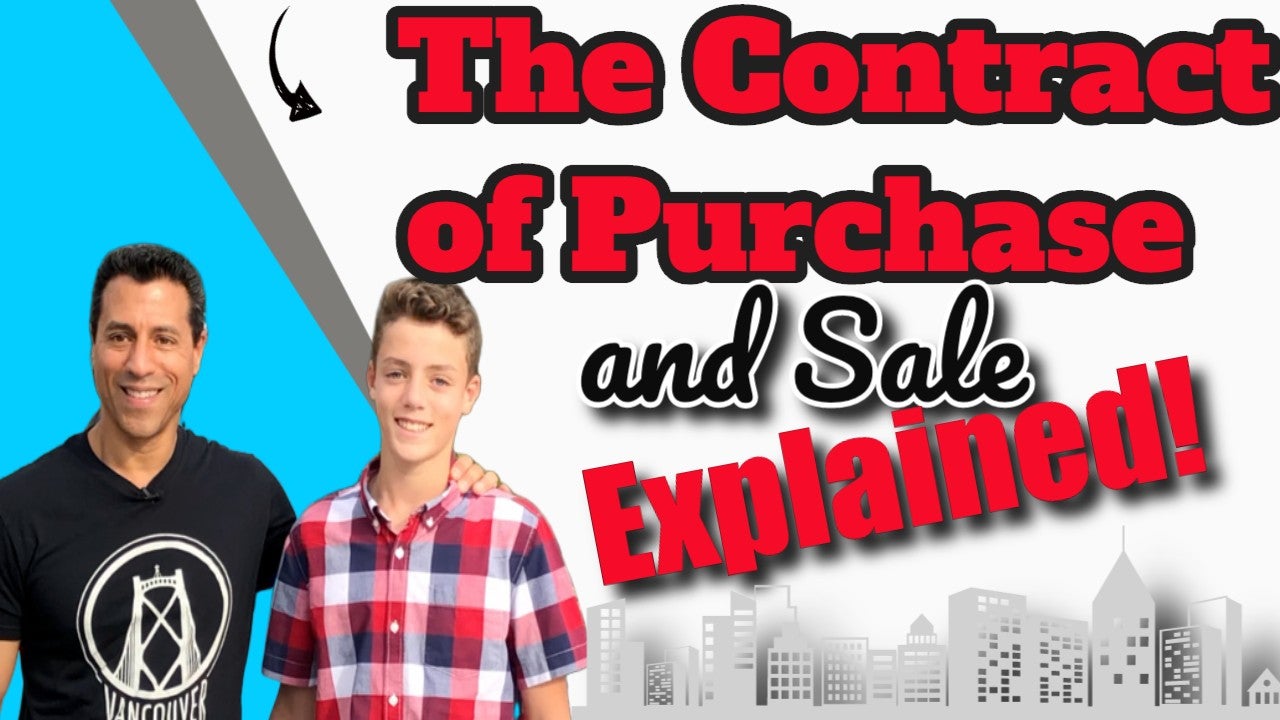 6. How Do I Enroll My Children In School in Vancouver BC?

British Columbia’s schools are among the best in the world. The cost of studying here is lower than in many other locations.
Metro Vancouver offers exceptional elementary and secondary schools. Metro Vancouver's universities and post-secondary institutions are known worldwide. There is also support for international students and for those wishing to learn English as a second language.
Schooling in British Columbia is divided into two levels: elementary school (kindergarten to grade 7) and secondary school (grade 8 to 12). In British Columbia, all children between the ages of six and 16 must go to school or they can study at home. Most children who live in B.C. can go to a public school for free, go to a private independent school, or study at home.
For more information about schooling in British Columbia, visit the Education and Training sections of the Government of BC website.
There are eleven school districts in the Metro Vancouver area and placement at a public school is dependent on a child’s location within a particular school’s catchment area. If you are wanting to enroll your child in a public school, you should consider carefully where you choose to live in the metro area.
There are a number of excellent private schools in Vancouver. Unlike public schools, enrolment at private schools is selective and one should apply well in advance if they wish to find a place for their child at their first choice.
Private schools are managed independently and have more freedom to follow their own curricula. However, they are still regulated by the British Columbia Ministry of Education, and some are even partly funded by the provincial government.
There are also a number of international schools in Vancouver and the greater British Colombia region for those who want their children to continue education under the curriculum of their home country.

Haven't got a clue what to do with your kids in Vancouver, B.C.? Need a new idea instead of the school playground? Don't worry, I've got you covered. Check out this terrific article written by Chad Montgomery, of Parent Intel, who's a father of 3 and has lived in Vancouver for over 30 years! 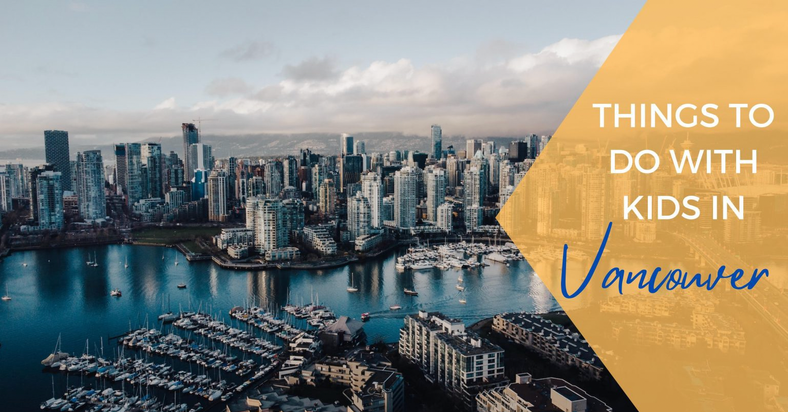 8. How Do I Rent A Home In Vancouver BC?

I and many other real estate agents in Vancouver do not deal with rentals as it requires a separate license. It can be a difficult and daunting task to search for rentals here in the city. Below are some paid and free ways to find yourself a rental home.
For a paid-service option, my colleagues Josh and Rahil in my office are the best out there. Contact them at Sycamore Property Management Group.
REW.ca has just added rentals to their website. This is fantastic news for anyone looking to rent a home. They have already added 10,000 rental listings in British Columbia, Ontario, and Alberta, with more to come later this year. Check it out HERE.
If you are planning on purchasing a home in Metro Vancouver, you may want to consider renting a furnished apartment on a month-to-month basis. Although it is slightly more expensive than renting an unfurnished apartment, it should only take a month or so to find a home and it will offer you the best flexibility to pull the trigger the moment you find the right home to purchase.

You can find apartments for rent using a number of different online platforms such as Craigslist, RentBoard, AptRentals, Kijiji, ApartmentLove, and various others. All of these platforms come with unique metrics to help you select an apartment within your budget rate. You should also note that the rental costs will vary widely depending on the neighbourhood. Once you have signed your lease, don’t forget to take out a home insurance policy. Renter’s insurance covers your belongings (your TV, clothes, jewelry, etc.) and it is affordable.
Take the time to get home insurance quotes and compare coverage and prices available in Metro Vancouver.

9. How Do Leases Work In Vancouver BC?

The common term for leases in British Columbia is “fixed-term tenancy”. I shall continue referring to them as the lease for convenience's sake.
In British Columbia, most leases are available for periods of 6 months to 1 year.
The landlord must provide a written agreement of tenancy, and the potential tenant is required to make a security deposit. The leases must include the period of tenancy, the rental agreements including the provided utilities, electricity bill, etc, and information regarding all refundable and non-refundable fees.
All tenancy agreements have to comply with the Residential Tenancy Act.

Metro Vancouver has a fantastic public transit system and there are various options for public transportation.
These include Bus, Community Shuttle, SkyTrain (a fully-automated rapid-transit system with various lines, including one connecting downtown Vancouver to YVR airport.), SeaBus (a passenger-only ferry service), and West Coast Express (a commuter rail service).
The Metro Vancouver area is divided into zones and fares for transit travel depend on how many zones one is travelling through. Translink recently introduced the Compass Card system.
Compass is the reloadable fare card that works everywhere on transit in Metro Vancouver. It’s convenient, easy to use, and secure. Simply load Stored Value or a pass onto your card and tap your way across the system. You can find out more about Compass Card here. If you move to Metro Vancouver or the Lower Mainland, you can refer to TransLink for a public transportation schedule.
Vancouver now also has ride-hailing services and platforms Uber and Lyft.

11. Where Do I Get Gas And Electricity In Vancouver BC?

12. How Do I Get Internet And A Cell Phone Plan In Vancouver BC?

There are dozens of internet service providers you can approach regarding your internet needs in Metro Vancouver.
Two of the most popular internet service providers in the province are TELUS and Shaw.
You also have no dearth of options regarding cell phone carriers in the city. You can refer to Planhub to select a cell phone plan that suits your needs.
13. Where Should I Get Food, Alcohol, And, Other Amenities In Vancouver BC?

14. Want To Stay Up To Date On All You Need To Know About Living In Vancouver?

If you really want to stay on top of all you need to know about living in Vancouver, subscribe to my Youtube Channel.